New Data on NSAID Use and AS

The present literature suggests that continuous use of NSAIDs may decrease the rate of radiographic progression in AS patients. This is based on a RCT that assessed the use of continuous celecoxib versus on demand celecoxib. A prospective cohort study in AS also reported a similar finding.

Sieper et al, on behalf of the ENRADAS investigators, performed another prospective randomized trial to examine the effects of continuous versus on demand NSAIDs in AS.

AS patients were randomized to continuous diclofenac (at least 50% per day of the maximum dose of 150 mg) or on demand diclofenac for 2 years. Anti-TNF agents were not allowed in this study. The primary outcome was the difference in radiographic spinal progression measured by the mSASSS.

62 patients were enrolled in the continuous arm and 60 patients in the on demand arm. ASAS NSAIDs index (0-100) was used to quantify NSAIDs intake over the 2 years. The mean intake for continuous NSAIDs was 75 and 44 for the on demand group.

This study did NOT validate the previous RCT findings. In fact, mSASSS progression was numerically higher in the continuous group compared to the on demand group although this difference was not statistically significant.

When a subset analysis was conducted in patients with known risk factors for radiographic progression (i.e., patients who were CRP-positive at baseline or those who had syndesmophytes at baseline), there was again a numerically higher rate of radiographic progression in the continuous compared to the on demand group, which was not statistically significant. Surprisingly, there were no differences in side effects between the groups.

Thus the latest RCT of continuous versus on demand treatment with diclofenac over 2 years showed no prevention of radiographic progression in AS. 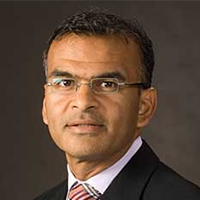 Proton Rahman, MD is a Clinician Scientist at Memorial University of Newfoundland, where he is also Associate Dean of Clinical Research and a University Research Professor. He practices rheumatology at Eastern Health in St. John’s, Newfoundland.

Inflammation and Fatigue: What's the Link?

By Carolyn Whiskin
Paradoxes and Unanswered Questions in RA

By Carolyn Whiskin
Osteoporosis: Management During the First 5 Years and Beyond