Monotherapy in RA? The Jury is Still Out

The event causing the most sensation right now in London is at the Victoria and Albert museum; it's called Undressed and it's showcasing the history of underwear with actual corsets including x-rays of the bones inside! Cruel and unusual punishment!

Another hot topic at EULAR 2016 was monotherapy. S. Tarp from Denmark presented an abstract entitle "Defining the optimal biological monotherapy in RA: a systematic review and network meta-analysis of randomised trials (#THU0635).

The review included 28 trials and included all 9 biologics for RA. Almost 30% of the trials were in DMARD-naive patients and 70% were in DMARD inadequate responders. As expected, all of the biologics except anakinra and infliximab showed better ACR70s than placebo. Again, not unexpectedly, tocilizumab was superior to adalimumab, certolizumab and golimumab and, in DMARD-IR studies, etanercept and tocilizumab were also better than abatacept. Rituximab performed similarly to etanercept and tocilizumab, but the numbers were small for rituximab so conclusions can't really be drawn from this.

All good but Josef Smolen again, in his review of RA treatments, stated categorically, and I would second that, that ALL the biologics work better when given with methotrexate. The dose of MTX that is apparently needed is at least 10 mg/week.

In British Columbia, and of course in Carter-land, we use MTX subcutaneously and lots of data at EULAR confirmed the value of SC MTX!

Signing off from London. Next year EULAR is in Madrid which is an awesome city. See you next year! 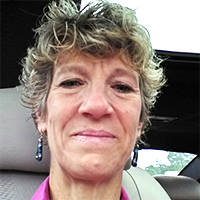 By Dr. Vinod Chandran
JNJ-473 Could be a Novel Treatment for SLE