At the last ACR meeting, safety and efficacy of ixekizumab (IXE) was demonstrated and the response rates were numerically similar to adalimumab (direct comparison) with regard to ACR and PASI responses.

Today at EULAR, 52-week results from the Phase 3 study (SPIRIT-P1) were presented by Dr. Mease (#OP0109). This RCT had a complicated study design and included biologic-naïve patients (as opposed to the FUTURE 1 and 2 trials with secukinumab that included a proportion of patients exposed to TNFi).

At 52 weeks, the ACR20/50/70 responses were around 66/50/34 for both IXE doses, respectively. PASI 100 was around 50%. Significant improvement in enthesitis and dactylitis was reported. 12 SAEs occurred in 12 patients. There were no deaths.

This study confirms the efficacy and safety of ixekizumab over a 1-year period. The efficacy in TNFi exposed patients remains to be determined. 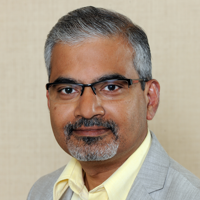 Musings from EULAR 2016: What Will (or Might) and What Will Not Change my Practice

By Dr. Janet Pope
Secukinumab vs Adalimumab in AS: Controversial Trial Design

By Dr. Shelly Dunne
SHOCKER!!! - Secukinumab superior to all other biologics and apremilast in PsA (really?!)